Why We Need To Rethink The Way We Commute

Imagine spending 1.5 hrs traveling 13 Kms. This is my everyday ordeal and I am sure this is the case with most of us commuting daily to work in Bangalore. Traveling alone in my little hatchback, crawling at a snail’s pace, I always have plenty of time to reflect upon how this once beautiful city is bursting at the seams in the face of unprecedented growth which has not been accompanied by similar improvement in infrastructure. Bengaluru’s road network has not increased even by a kilometre in the last decade, but its vehicle population has more than doubled to 1.5 million. The Outer Ring Road stretch, which was supposed to be a high speed corridor, was designed for a carrying capacity of 50,000 vehicles per day. Today, 4.5 – 5 Lac vehicles crawl bumper to bumper on this stretch every day. This is the shocking reality. Comparing yesterday with today, I sometimes end up in utter disbelief at what we have done to this city. Roads jam-packed with Cars, Bikes, Cabs, Autos-all squeezed between BMTC buses. In short, it’s a mess in which we all have a fair share of contribution but we only keep looking at the government to bail us out.

In general, on a given working day, when I commute to office, this is what I get to see in terms of the vehicle occupancy on the roads:

d) 5% BMTC buses with people stuffed into them like cattle

Ironically, all moving in the same direction, on top of that many going to the same Tech park or the same business district.

You need not be a socialist to see this unfair distribution or in other words unjustified wastage of road space by us vehicle owners. In a city constrained by narrow roads burdened by the steady addition of vehicles, it is neither viable nor sustainable to continue commuting the way we do right now.

Let’s consider a stretch of road on which you will encounter 100 vehicles. Considering the road share break up above, we will have the following numbers:

I consider bus commuters as good Samaritans who contribute to reducing traffic with Bus rides; that leaves us with 93 commuters. In an environment where all vehicle owners readily adopt ride sharing, we would just need 23 cars and one bike to accommodate all. That removes 12 cars and 39 bikes off the road for every 100 vehicles- a 51% reduction in overall traffic!

Now, that’s staggering! One can argue that it is an oversimplified solution and not everyone would be willing to share their rides. I agree with your skepticism but to my understanding, 30% reduction is an achievable figure which imparts a lot of hope. It’s just a matter of will and commitment from us commuters, whether we want to restore Bangalore or let it die in the next 5 years as many have predicted.

The recent ban on Ola and Uber cabs by the Karnataka government (I am not exploring the merit/demerit of the ban. That is for a separate post) might just be the trigger Bangalore needs to rethink the way it commutes. Instead of waiting ages for infrastructure support being built, the only feasible and practical solution available is to promote and participate in carpooling / ridesharing by vehicle owners. Be it Ola Share, Uber Pool or intra-corporate car pooling enabled through apps like Routematic Rideshare, these are the options which need to be adopted by commuters and incentivized aggressively by the government. 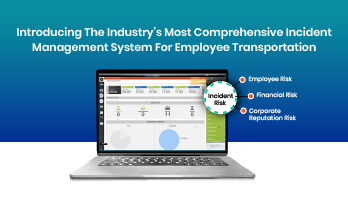 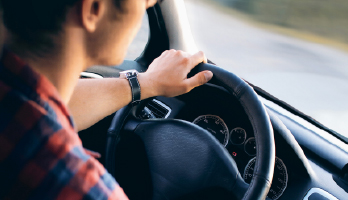 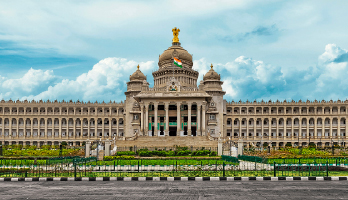 Routematic fleet Is Available In Bangalore